This survey course is designed to give you a taste of the incredibly vast and complex wealth of literature that hails from the British Isles. It is literally impossible to cover all important, canonical works of British Literature within the course of a year, so the focus of this class is to expose you to a few notable works from early periods; specifically, we will be studying the Anglo-Saxon, Medieval, and Renaissance eras. These periods span across many centuries, so you can expect to learn some basics of British history as well as history of the English language. The focus of our inquiry this year will be the evolution of the English Epic, from the earliest example of the Anglo-Saxon Beowulf to the late-Renaissance masterpiece Paradise Lost. This exploration of the epic will allow us to consider important cultural and historical moments as illustrated in the literature and how those moments influenced Western (and thus, American) thought and cultural consciousness. This introductory unit focuses on literature of the Anglo-Saxon period and is designed to reveal students’ abilities as writers as well as to review skills and knowledge acquired in previous coursework. To this end we will be studying the oldest recorded story in the English language—the epic poem Beowulf. Students will learn about Anglo-Saxon culture and language, and though we will have a lot of fun learning about Old English, the text itself we will be reading in translation. The culminating project for this unit is a literary analysis of the poem and is intended to serve as the diagnostic for the course. The second unit of study covers literature from the Medieval Period. This fascinating period of history runs from the Norman Conquest of 1066 to the beginning of the Renaissance (or Early Modern Period). The unit begins with an overview of Arthurian legends, leading up to the study of one of the great medieval Arthurian tales, Sir Gawain and the Green Knight. As in the previous units, students will be reading the medieval texts in translation (rather than in the original Middle English), though the evolution of the language during this time is a major focus of study. Students will complete a major research essay on this text before we transition to our second medieval author, Geoffrey Chaucer. For our last text of the semester, we will cover a selection of pieces from The Canterbury Tales. The final will be a timed essay on this text, and students will also have a chance to stretch their creative muscles by creating their own present-day Pilgrim! 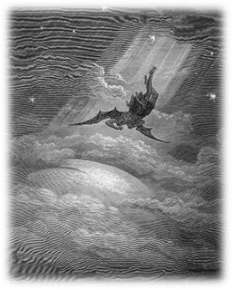 In the second semester, students will embark upon the Renaissance, a time of renewal, rebirth, and rediscovery. Parts of this unit are student-centered, in that the students are responsible for creating activities, leading discussion, and determining the pace of their learning. Much of the beginning of the semester is dedicated to our study of Elizabethan literature as exemplified by William Shakespeare and his tragic masterpiece Hamlet, about which students will be writing their second major research essay. At midterm we will take a short break from the epic to explore some lyrical poetry from the Metaphysical Poets of the Jacobean Age. To end the year, we will take on what is considered by many to be the greatest poem in the English language, John Milton’s Paradise Lost. Due to time constraints, we will be reading excerpts from Milton rather than the entire text, enough to prepare for a timed essay, which serves as the final for the second semester. All texts in the third unit are written in Modern English; therefore, we won’t be using translations.

Davidson Academy Online Instructor Jessica Potts, Ph.D., will be presenting at the "Talent in schools conference: International conference on working with gifted pupils in the Czech Republic and abroad" in Prague this Thursday! https://t.co/0l1ZpeVdE3 #onlinelearning #gifteded

The 2023-2024 Davidson Academy Online application is now available! Students at our accredited, robust online school are grouped by ability rather than age. We leverage cutting-edge technology to create a new, highly personalized model of online education. https://t.co/fkebpuFjoN https://t.co/khEC7qElRP